IRDES: a multilingual questionnaire for a migrant audience

Its mission is to evaluate public health policies. The issues addressed by IRDES in its studies are broad: morbidity, access to healthcare, medical consumption, etc. To carry out these studies, IRDES uses existing data, but also regularly conducts patient surveys.

The requirement: a questionnaire in 14 languages deployed on tablets 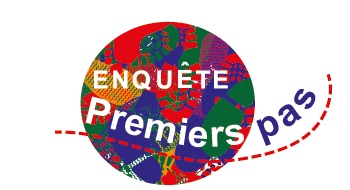 After having responded to a call for tenders from the National Research Agency, IRDES launched the “Premier Pas” project. The purpose: to assess the actual access to healthcare and health coverage for illegal foreigners in Paris, Bordeaux and the towns of the small Bordeaux belt. In particular, the survey was intended to highlight the facilitating factors and the obstacles to the use of State Medical Assistance (Aide médicale d’Etat – AME) and health care facilities.

In the context of the “Premier Pas” project, IRDES wanted to be as close as possible to the field and to carry out in-house the entire chain of the study : recruitment of interviewers, questionnaire design, data processing, analysis. But they needed to find a service provider who would take care of the technical aspects.

Stéphanie Guillaume, Research Officer and Investigation Engineer at IRDES, had already collaborated with Gide on another project, and decided to trust us again through a request for proposal.

Working directly with the provider who programs the questionnaire is a strength, it provides more flexibility. And we couldn't have worked with a classical research software. First of all, we didn't want to deal with storage and hosting issues. In addition, the integration of the questionnaires in the different languages would have been a problem for us. With Gide, we're quiet, they take care of everything.

The solution proposed by Gide

First of all, IRDES had the questionnaire translated and delivered the translation files to Gide, who integrated the questionnaire into 14 languages within its SCROLL platform, solving the technical problems posed by the Eastern alphabets (Arabic, Dari, Bengali, etc.).

The questionnaires were deployed on tablets that were made available by Gide throughout the field period. The interviewers visited day care centres, charities, hotlines and did not have Internet access. They just needed to connect once a day to synchronize the responses on the server. Gide has also developed a solution to monitor interviewers, so that they can enter the summary of their working day on a daily basis.

Given the particular context of the survey and the confidentiality of the data collected, it was encrypted on the tablets, and synchronized with Gide’s servers through equally encrypted and secure flows.

The whole data was centralized and available from a web portal. This monitoring tool, custom-designed for IRDES, made it possible to retrieve raw data and track many indicators.

It couldn't have gone better, we are very satisfied! Working with Gide was a real relief. Despite the very tight deadlines, the teams were able to be responsive and flexible. Gide's team is made up of solid professionals with whom relationships are excellent. And the little extra: we saved money!

OPCAIM, the joint body responsible for financing professional training for the metallurgy sector in France, has chosen Gide to develop a customized and collaborative survey management platform, shared with 25 regional delegations. 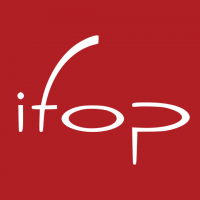 As a renowned market research and polling institute, Ifop was looking for a partner capable of providing customized technological solutions for complex surveys, often with tight deadlines.